HOME / BLOG /
Things You Need to Know About Video Post-Production

The process of making a single video is more than just taking a camera and recording or creating animation. Making a professional video is a long and complex process. It consists of many significant stages that require thorough attention, expertise and efficient workflow so that the final product is what you expect it to be. Coming up with an idea, turning it into a script, making footage or illustrations may seem like a fun part of video production. The editing stage, however, can be difficult and maybe even boring, but it is the most important part of the entire project. Whether the video is going to come out as a masterpiece or not depends on it.

Video Production Process and Its Stages

Before diving into the details of post-production, we should explore the entire video production process to have a complete picture of what happens before this phase. There are three stages in creating videos: pre-production, production and post-production. Each of these stages is divided into several important steps.

Pre-production includes all the preparation before making the video.

Production is basically making footage with the crew or creating illustrations and animating them.

Post-production turns a draft into a finished product by putting everything together.

So What is Post-Production?

Selecting the final frames, cutting and arranging the footage according to the script, adding background music and sound effects, removing noise, adjusting sound and colors, adding visual effects, titles - these are the editing tasks performed by professionals. They trim and refine the footage, making every version of the video from rough to final.

Feedback and collaboration are essential in any project that involves many people. Iterative review is a continuous improvement of the project through comments, mentions, and other feedback tools. This helps speed up work on the final product. Experts from different fields and teams can leave comments on separate frames or sequences of frames, so there is no need to ask additional and unnecessary questions, which saves valuable time.

Perfecting the video means constantly comparing versions, monitoring where, when and how iterative changes are made, eliminating obvious mistakes, ensuring that the project moves forward. It is important to organize your shots and versions so that you can easily navigate, instantly find the shots you need and understand exactly where the feedback is applied.

Decision-making falls on the shoulders of many people at different stages of the video production process, especially at the post-production stage, and it may be helpful to use an approval decision checklist that lists all the requested changes and their approvals. After multiple reviews, all the changes and feedback from approvers and investors (if there are any), it all comes down to the final version. This is the video that will be distributed and published to the audience with all the transitions between scenes, color grading, visual and sound effects, music, graphics and animation, titles and credits. Your masterpiece is approved and ready to see the world.

After the final approval, it’s time to deliver the video for distribution. It must be in the correct format specified by the distributor or the platform where it will be published. The video can be delivered to the distributor using a cloud storage platform, local storage, via email or in any other specified form. If you share your video on a particular video hosting platform, on social media or on your own website, you should also take into account the supported format and prepare the video for distribution.

These post-production highlights imply that your team members are armed with the necessary and proper tools that they can use for better performance. When it comes to finishing a project, skills, suitable software, teamwork and a well-organized workflow are of great importance.

This element is the first thing you need to think about when you have your video materials ready. Do you have enough storage space? Are all files safe? Here you have alternatives: simple hard drive, spinning hard drive, redundant array of independent disks (RAID). RAID is best for data redundancy and performance improvement, so it is usually used when working with a lot of data and a lot of video. There are also different ways to distribute data across the drives. You can choose the best option for you, but the main focus is on safety and security.

During the post-production stage, we make the shot sheet, select the best takes, put materials together in the required sequence, so that the video comes out clear and interesting. If necessary, some takes are trimmed to fit the timeline, and beautiful transitions are added between scenes. Prepare for multiple reviews of your rough cut before finally making the video that seems natural with necessary pauses and transitions. For editing, you can choose a video editing software program that suits you: Final Cut, Adobe Premiere, Avid, etc.

Background music and soundtracks are powerful tools for creating the right atmosphere for the viewer, making them immersed in the story. You can either create an original soundtrack with the help of a professional composer, get permission to use a song you like or use no copyright music.

Sound is a major part of any video, so it is important to create perfect audio content. At the editing stage, the Sound Director removes background noise, cuts dialogue tracks, synchronizes them with the video. After that, they put voice-overs, music, SFX and Foley sound effects together, layer them and adjust the volume levels. Sound is about the balance and mood of the video. A viewer should not be distracted by unnecessary noise or too loud music, the sound information should be as clear and comprehensive as possible. Sound should also be in tune with the pace of the video, then the final product will certainly be a well-organized piece of art.

This element is optional and may not always be used, but it can make your video more attractive and engaging. In this step, a visual artist, an engineer, or a whole team of visual effects specialists uses computer-generated imagery (CGI) to create elements that are impossible, dangerous, or expensive to shoot. They replace the green screen with the desired background, add animation, objects, characters, etc.

This element is another key tool for conveying a mood and an atmosphere of the video through color. The colorist - an individual who has advanced knowledge of how to manipulate and alter the colors - goes through all the frames of the video, adjusting white balance, contrast, making colors more realistic, or, if necessary, making one-tone pictures. The most popular program for color correction is DaVinci Resolve.

These small elements can play a big part in setting the tone of the video. The opening credits not only make a first impression, but can also help to grab the audience's attention from the very beginning. The titles or end cards can also be used for branding to increase recognition with brand colors and fonts.

The distribution depends on some important details that you need to think about in advance.

First, choose the platform where the video is going to be used. It can be anything from streaming services to social networks. All platforms have their own video requirements and technical specifications, so you need to make sure that the video meets all of them.

Second, if you want to distribute your video abroad, keep in mind that subtitles or dubbing may be required for other languages.

A trailer is a short clip, a preview of the highlights of the final product. It can engage your potential audience, arouse their interest and desire to see more. The trailer can also help with market research by analyzing the audience's reaction to make some adjustments to the final version. The trailer is a big part of video marketing, although it is not essential, and it is usually used by film studios or large companies. This post-production element depends on the scale and budget of your video.

The workflow of video post-production involves many different people, and the result depends on collaboration, skills and communication. The more elements you consider when preparing for a project, the easier and more reasonable your decision-making is. Understanding the basics and working with experts makes the post-production stage less exhausting and easier to manage.

Who Is Involved in Post-Production

The significance of the people working on the project is undeniable. Their expertise, skills and knowledge have a great impact on the final product and whether it will meet expectations.

The responsibilities of a video editor include making decisions on what footage to use, how shots are combined and what transitions to add between scenes.

Colorists are involved in adjusting and mixing colors. They work closely with the video director to make sure they have the same perception of the story and the result matches the initial vision.

During the production, it can be difficult to record sound, as the environment is not always stable: there is undesirable noise, actors’ lines can be hard to hear, etc. For this reason, some sound and voice are re-recorded in post-production. Foley artists recreate the realistic ambient sounds that the video portrays. Voice artists record voice-overs. SFX producers create artificial or enhanced sounds.

Music editors are responsible for creating, editing and synchronizing the soundtrack and background music for a video. They can either compose music from scratch and record it with a team of musicians or use tracks made by other artists. For the second option, you must get permission to use them.

Sound director is responsible for combining all the sounds for the video. They put together all the dialogues, narrations, music, SFX and Foley sound effects, adjusting the volume levels so that the final product sounds natural to the ear. Accompanying sounds and background music should not be louder than the dialog and narration, the viewer should hear everything clearly.

Graphic designers achieve creative goals through visual effects. They can add any visual effects, 2d/3d characters, objects to the video. They also animate the titles, add a new background instead of a green screen, an explosion or a whole new world. The possibilities are endless, but it all depends on your scale, budget and desired result. When working on animated videos, graphic designers are involved both in production and post-production, thereby constantly improving the product.

These are not all specialists who can be involved in the post-production process, there are many more people you can attract to this stage. It is always better to delegate important tasks to experienced professionals.

‍Video post-production may seem difficult or too complicated, but it is an important process, a critical step, and there is no video without it. At this stage, you can create something special by putting all the pieces together and perfecting them. Post-production is what turns numerous shots into a comprehensive and successful story that impresses, engages and inspires viewers.

And that is why it is a good idea to contact a professional company to make the process even more enjoyable and get rid of unnecessary worries. An experienced video company predicts all risks and issues in advance and solves them before they occur. The company’s portfolio provides insight into its accomplishments and experience to help you make the right choice.

Hooray!
You are now subscribed to our blog! 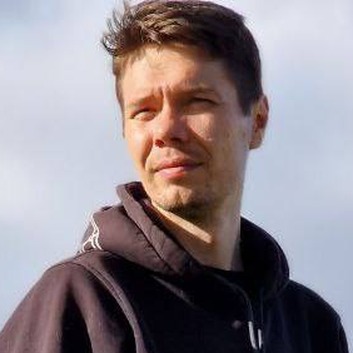 Hooray!
You are now subscribed to our blog! 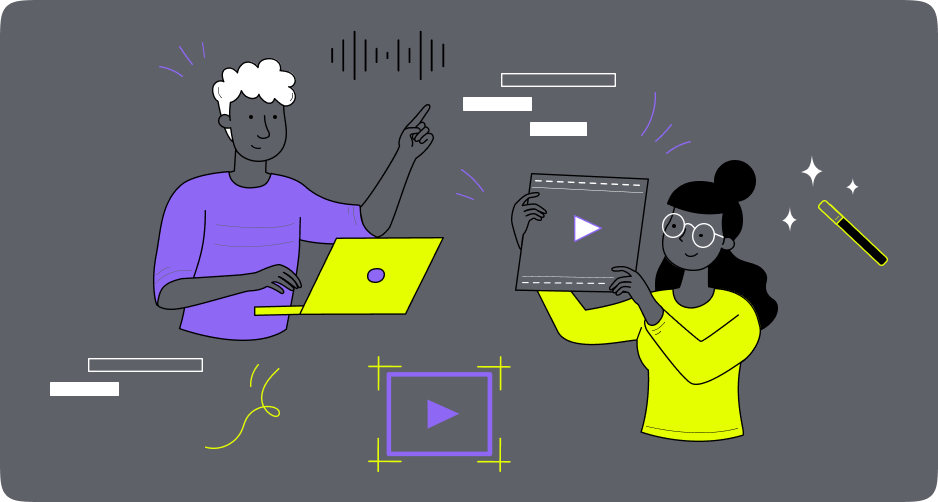 Things You Need to Know About Video Post-Production 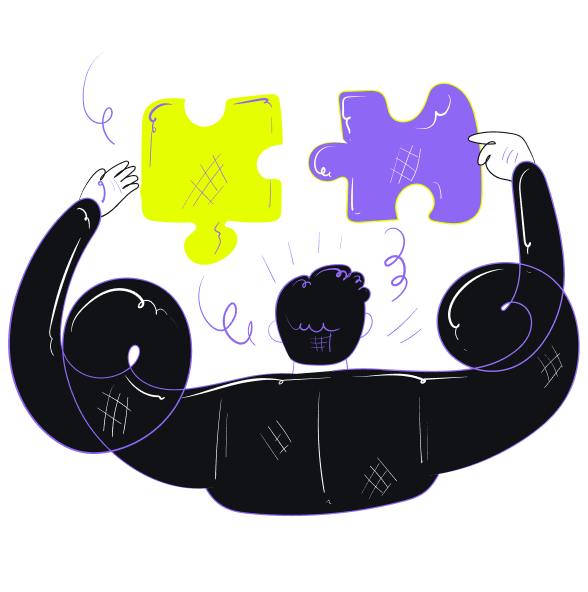 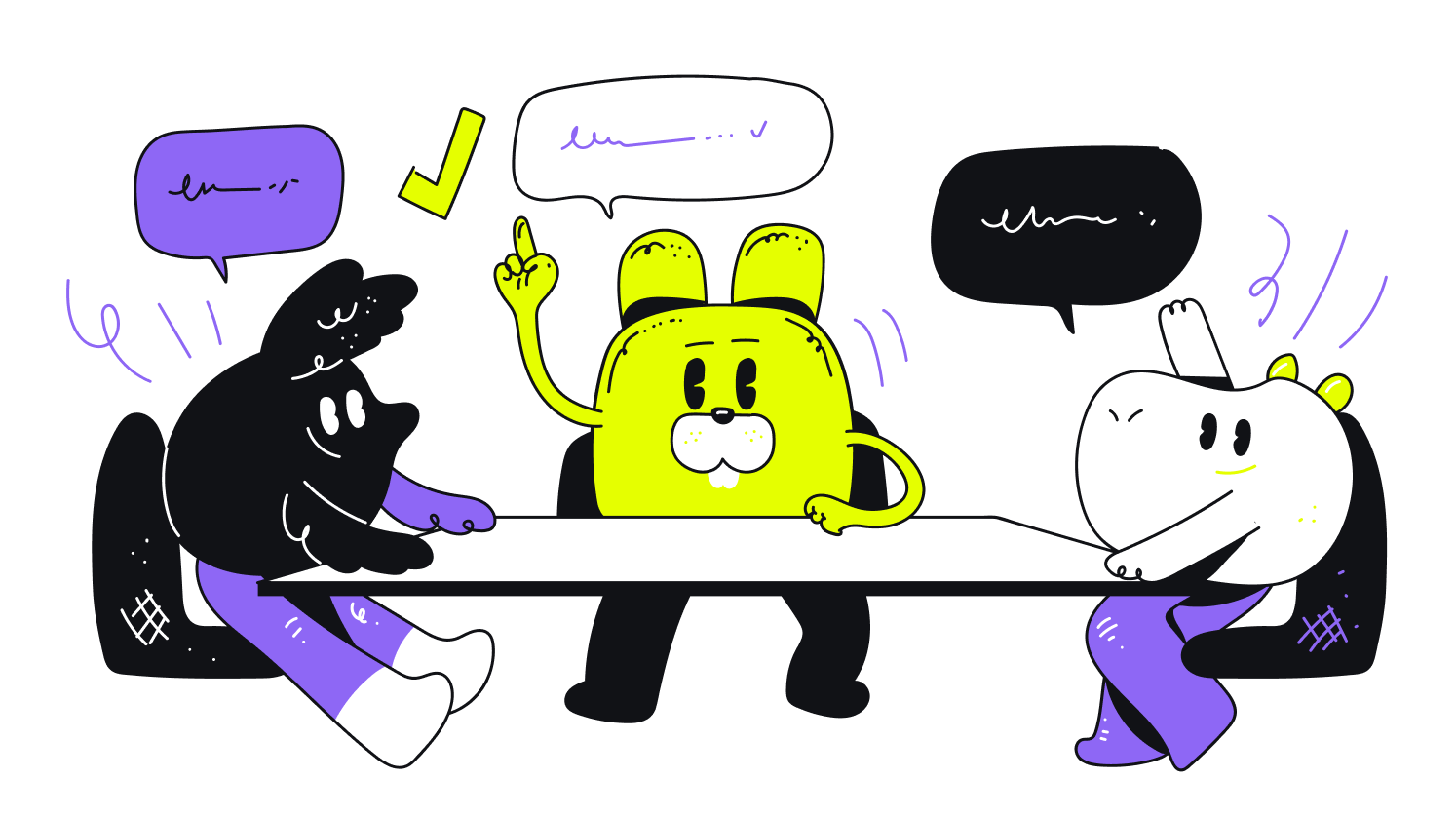 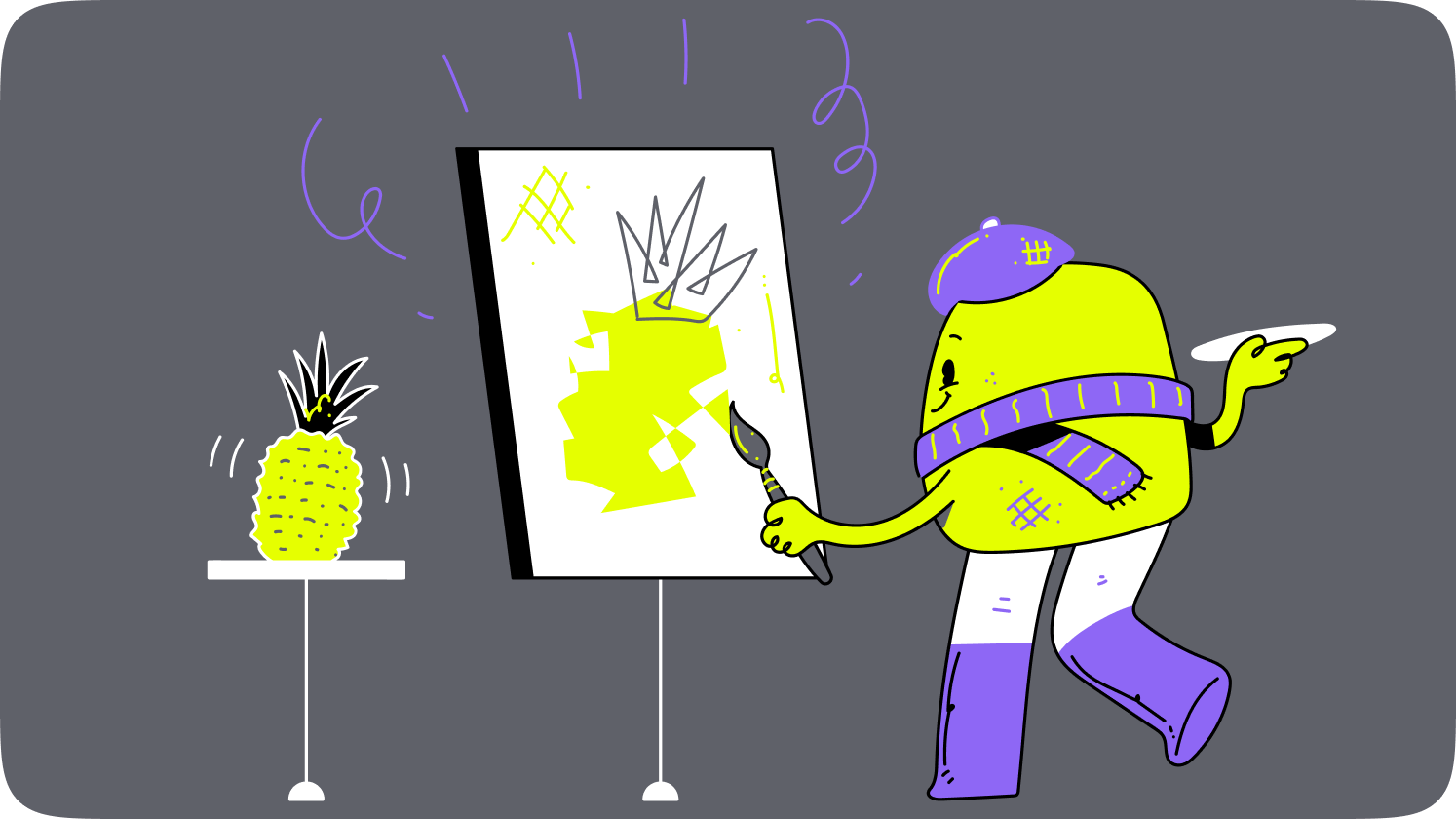 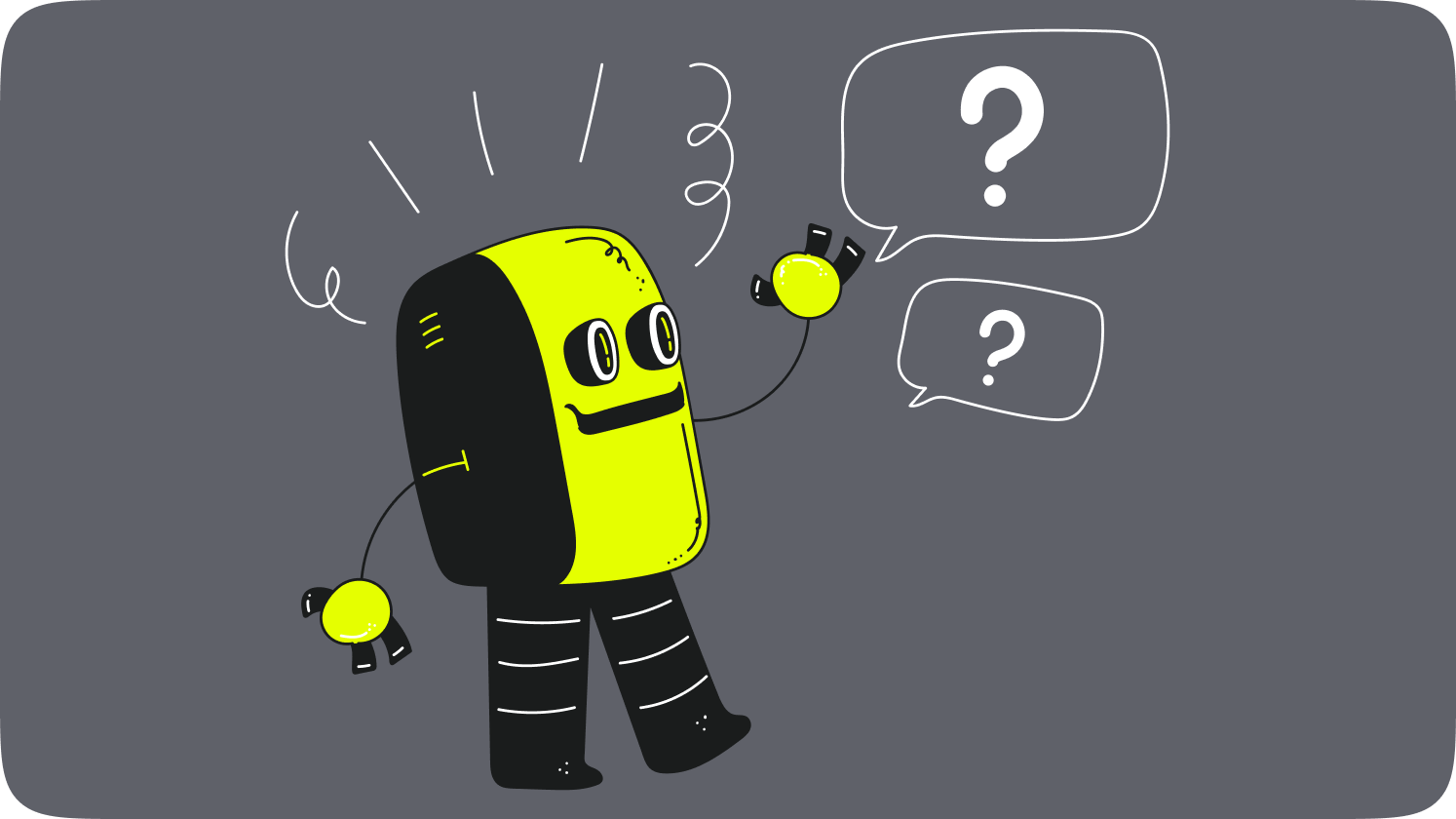 What is an explainer video 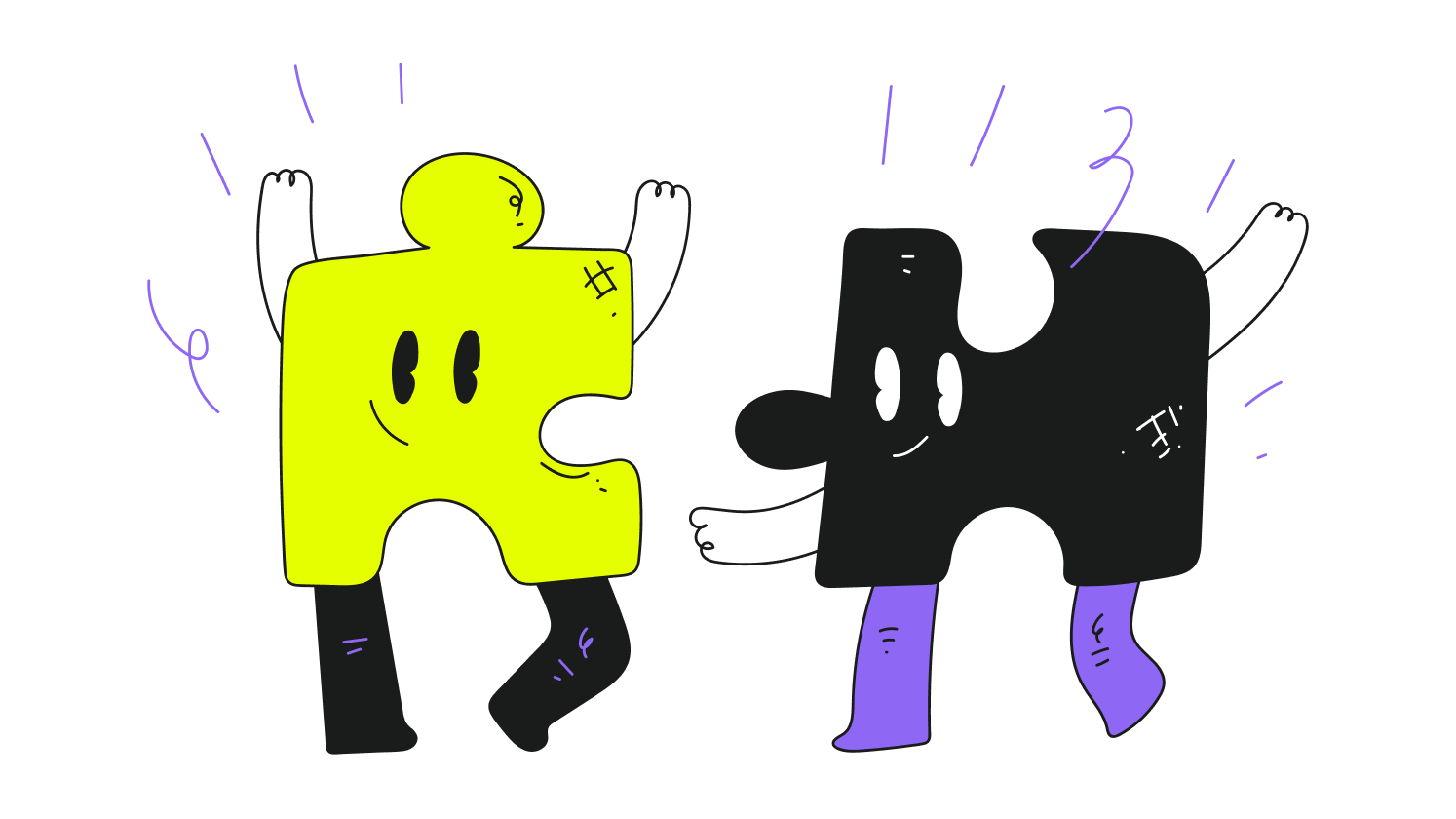 Video Animation: How to Engage and Captivate Your Audience 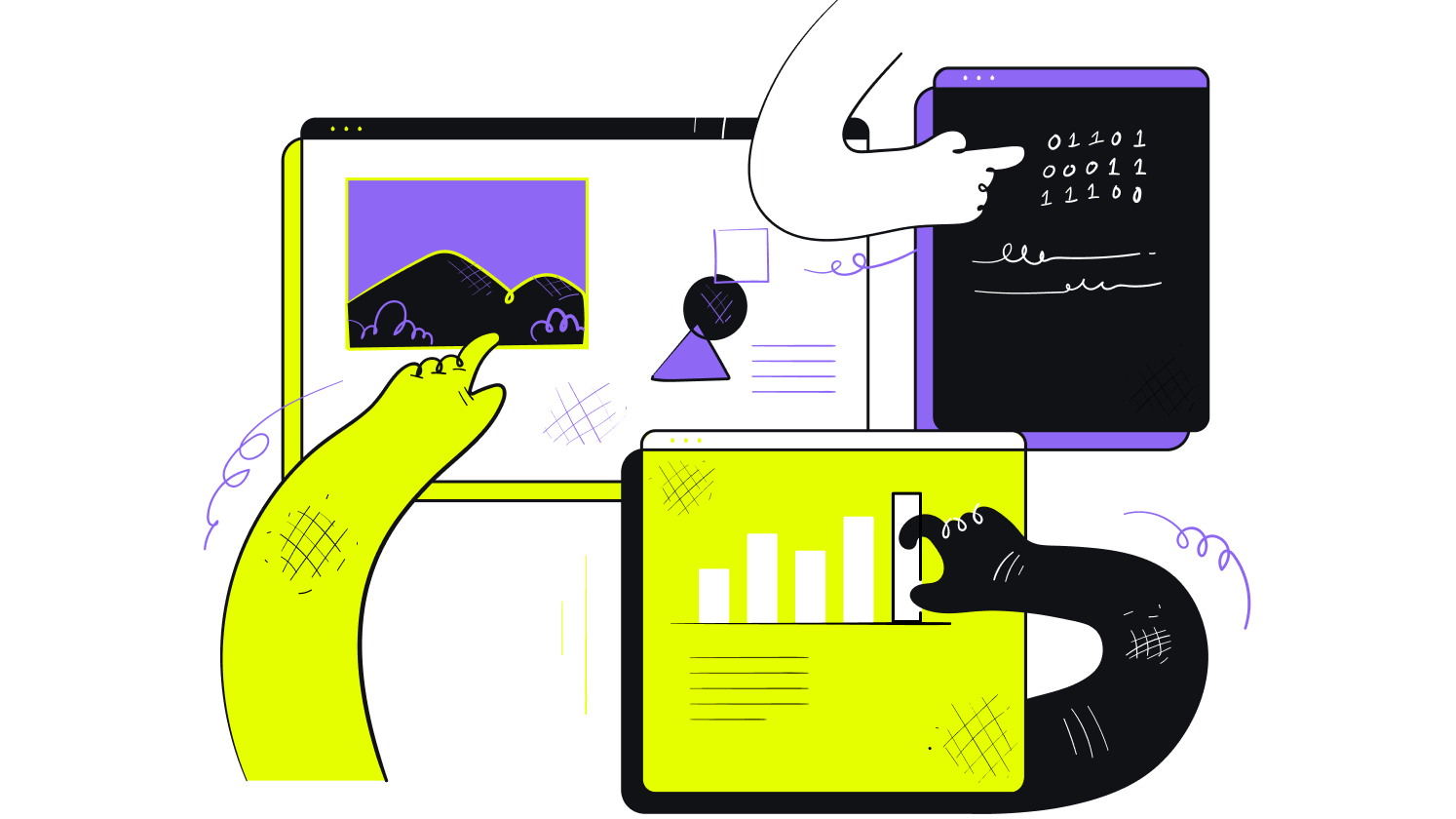 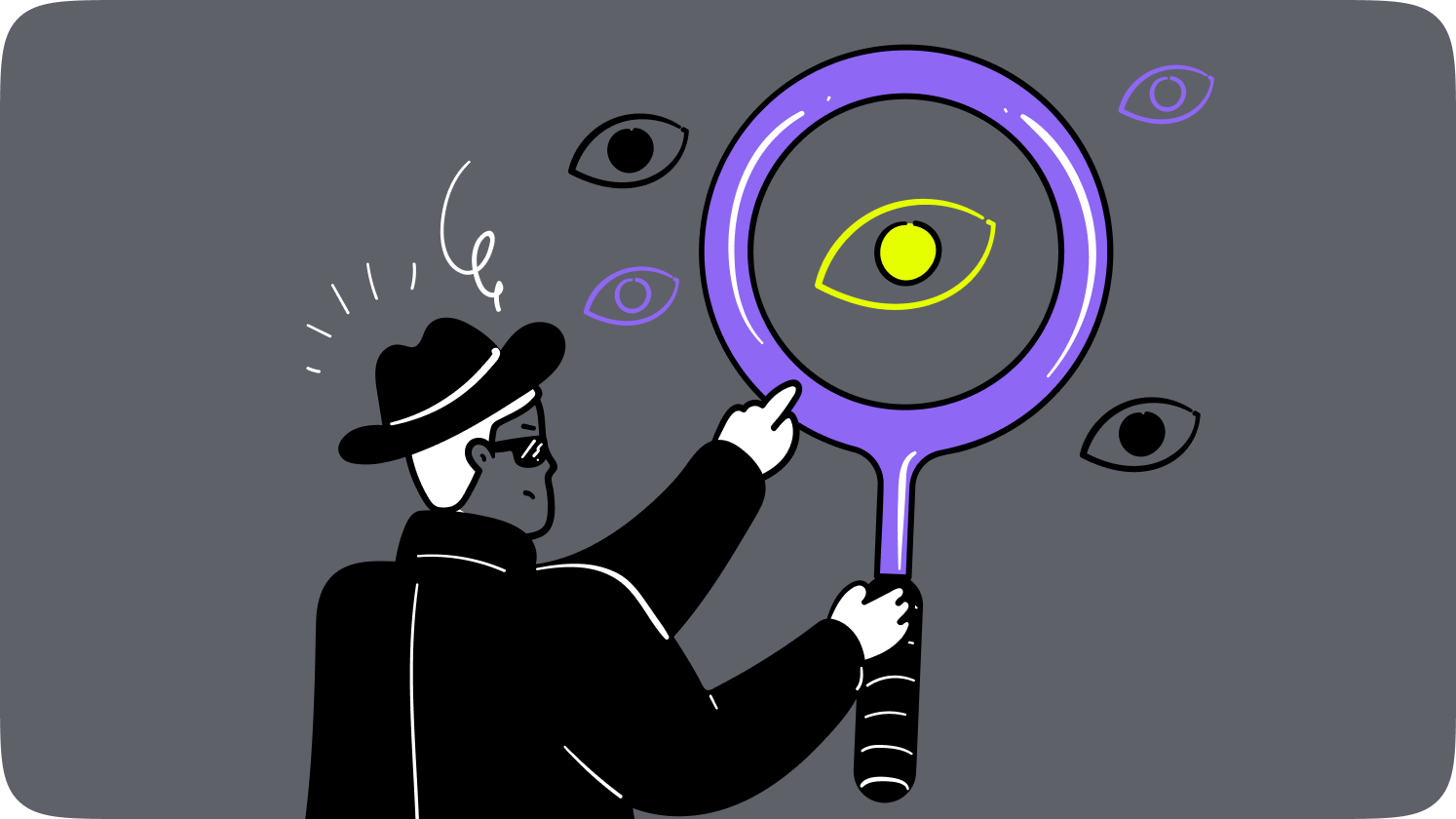 How Will Video Help SEO Ranking

Our team covers full cycle of 2d, 3d, frame by frame animation production. We are ready for your next animation project.

drop us a line